In Walter Benjamin’s “The Work of Art in the Age of its Technological Reproducibility,” he examines the effect that new technologies, especially those of photography and filmography, have affected the way that we relate to visual arts, such as painting, as well as examine the new forms of art created with these film technologies. While he mentions music occasionally, he is most definitely preoccupied with the visual arts. While photography and film were exploding in popularity, the technology for recording audio and distributing music were also making great strides and permeating society at the same time. While the audio technology really took hold a bit later than the case with photography, the things he brings up in relation to the visual arts have interesting parallels in the world of music.

First, Benjamin brings up the fact that the work of art has always been reproducible by more rudimentary means. Music is a peculiar form of art in that by its very nature it must be reproduced every single time that one experiences it. Before recording technology came about, music needed musicians to perform the music, and because it had to be recreated in each instance, it simultaneously could never be reproduced exactly the same, while each reproduction was, in a way, an authoritative instance of the music with no “original” to be compared to. With the introduction of recording technology, the live performance is imperfectly reproduced no matter how good the technology is. This recording however can be reproduced perfectly any number of times and can then be transported anywhere.

As music recordings spread, this causes a shift in the way people think about music in that the reproduction of the live performance becomes the primary production in music. People begin to focus on recording music and listening to recorded music than performing or listening to performances. This is evidenced by the fact that nearly all music we encounter today is recorded and electronically reproduced. The recording of the music then becomes the authoritative artifact of the music. At this point, it is important to define exactly what music is. Is it in the creation of sound waves traveling about in space at a particular time? Is it in the score (when available)? Is it in your perception of the sound? If you think of a piece, but no sound is made at all, is it music? If a tree falls in the forest and no one hears it, is it music? While I am being slightly facetious with the last question, I bring this up only to demonstrate the difficulty of defining exactly what music is, other than a blanket term for aural art, and is complicated further with the introduction of recording technology. Is the music in the grooves of the record, or the magnetic tape, in the code of the CD, or computer audio file?

Benjamin points out an extremely important effect of recording, “technological reproduction can place the copy of the original in situations which the original itself cannot attain.” One can listen to any work, no matter what it was originally intended for, basically anywhere, anytime. This has a peculiar effect on music that was written before this technology. Whether a piece was written for a religious ceremony or a performance in a concert hall, one can listen to it in the privacy of their home, or basically anywhere with portable music players. A somewhat funny manifestation of this is a line of CDs put out by the Naxos Record Label, “Chill with ______” where one can put on a CD and chill their choice of Satie, Bach, Chopin, Handel, Tchaikovsky, Debussy, Schubert, Rachmaninov, Ravel, Mozart, Beethoven, or Vivaldi. 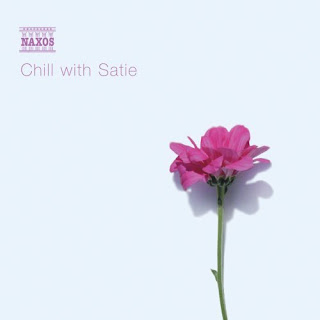 The more important repercussion of this technology is the music that results from this technology. Benjamin brings up is that in the advent of photography and reproducibility, art reacted with the doctrine of “l’art pour l’art…which rejects not only any social function but any definition in terms of a representational content.” As Benjamin points out, technological reproducibility emancipates the work of art from its “parasitic subservience to ritual.” Music begins to be composed with no intention of it being performed live at any point.

A group of composers emerged that utilized the more widespread availability of the magnetic tape to create their musical compositions working with the tape itself. An early example of this is Pierre Schaeffer, who coined the term Musique concrete for his compositions written around 1950 arranging recordings of machines, running water, thunder, footsteps, breathing, and other environmental sources, and recording it onto a single tape, creating a permanent musical artifact. (Pierre Schaeffer – Etude Aux Chemins De Fer: http://www.mediafire.com/?ld5j1mmmtzm). People like John Cage created compositions splicing together pieces of tape of all kinds of sounds (John Cage - Williams Mix: http://www.mediafire.com/?2u3ndjnnyjj), and Steve Reich created his earliest phase pieces by playing two tapes of the same content simultaneously at slightly different speeds, then recording that to a tape (Steve Reich - It's Gonna Rain Part 1: http://www.mediafire.com/?nok1mizkt1h). The effect of these early pieces is seen in music all the time today, including any music that uses sampling or sound clips. A recent example that comes to mind is the music of the books, which mixes “found sound” in the same vein as Schaeffer, with acoustic music, with a lot of other studio manipulation. (http://www.youtube.com/watch?v=3wVhWcpZpac)

The effect of technological reproduction on music composition is much more fundamental. Benjamin seemingly prophetically says, “to an ever-increasing degree, the work reproduced becomes the reproduction of a work designed for reproducibility.” Nearly all music today is designed to be reproduced, best exemplified by the mere existence of Pop music. In many cases in popular music today is written in the studio, and the performance of the music is most often an attempt to recreate what was created on the recording. The recording becomes the “original” from which the performance attempts to reproduce.

New forms of art, like the elevation of photography and filmography to art, were also created within music (music being the blanket term for aural art). The studio engineer as artist emerges from this technology. The famous producer, Brian Eno likened his work with music to painting, saying: “You’re working directly with sound, and there’s no transmission loss between you and the sound- you handle it. It puts the composer in the identical position of the painter- he’s working directly with a material, working directly onto a substance, and he always retains the options to chop and change, to paint a bit out, add a piece, etc.” The immense transformation of music by its ability to be technologically reproduced parallels that of the transformation of visual arts by photography as described by Walter Benjamin. Many of the things that he predicted in his essay, which came true for the visual arts, also manifest themselves in the aural arts.